My clients had very strong ideas about the feeling they wanted to create in their newly renovated garden. The focal point ids “The Office’, the entertaining hub of the garden. With outdoor dining, a BBQ and a television they were all set. The fire feature was put at the outside perimeter of the property to take full advantage of the spectacular view of the country club and golf course below and the mountains to the east. 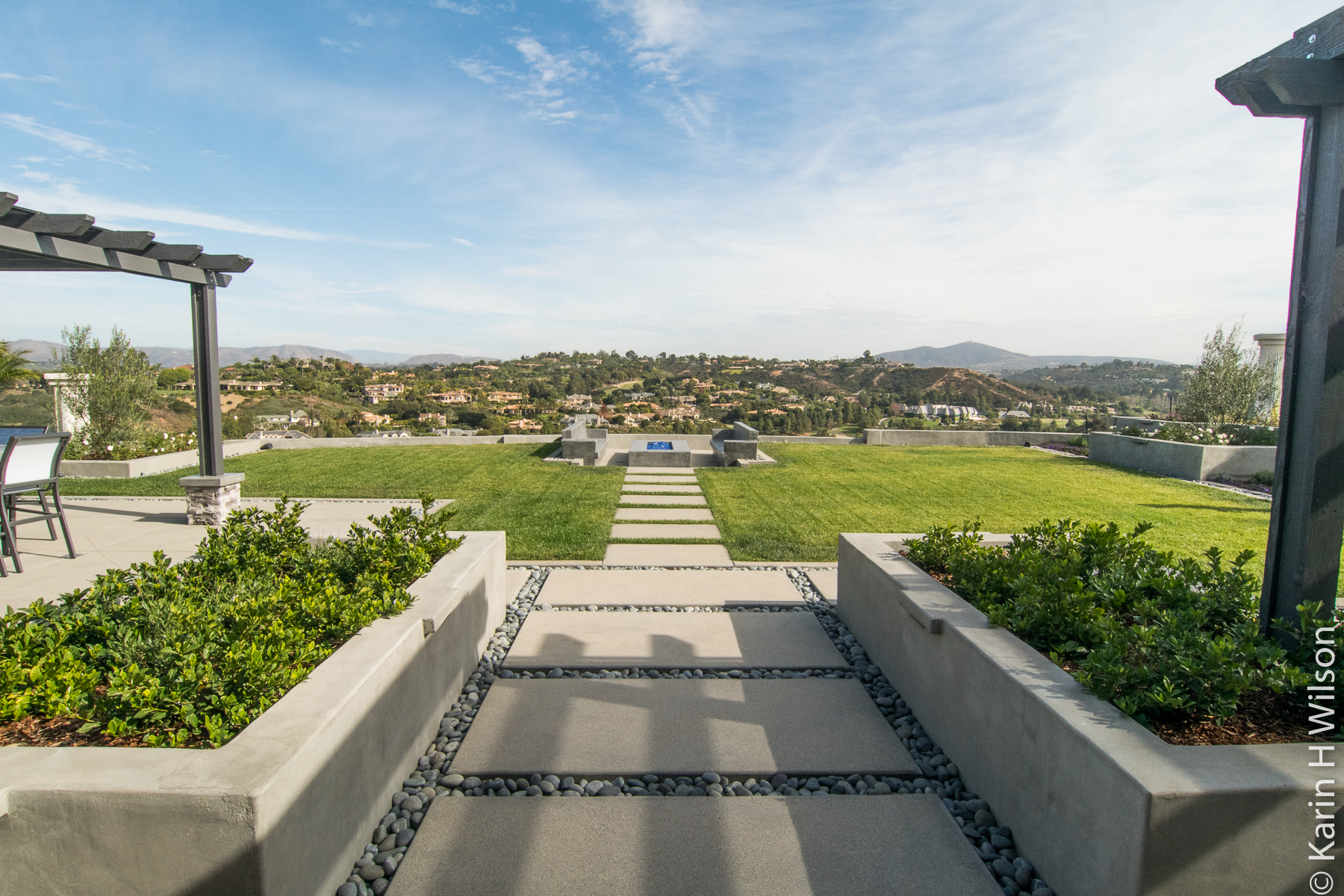 The view was the driving force in this contemporary garden. Photos by Karin Wilson 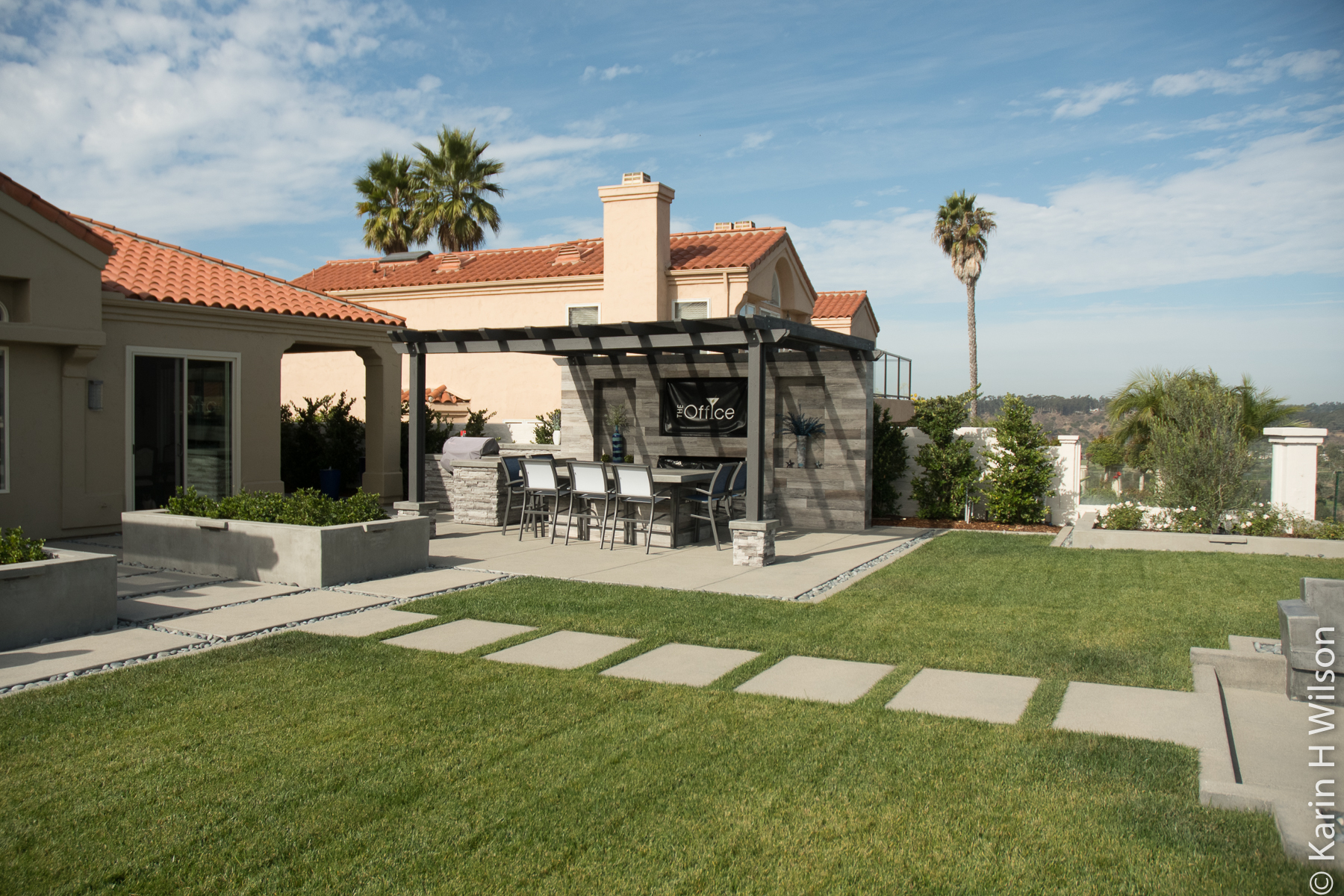 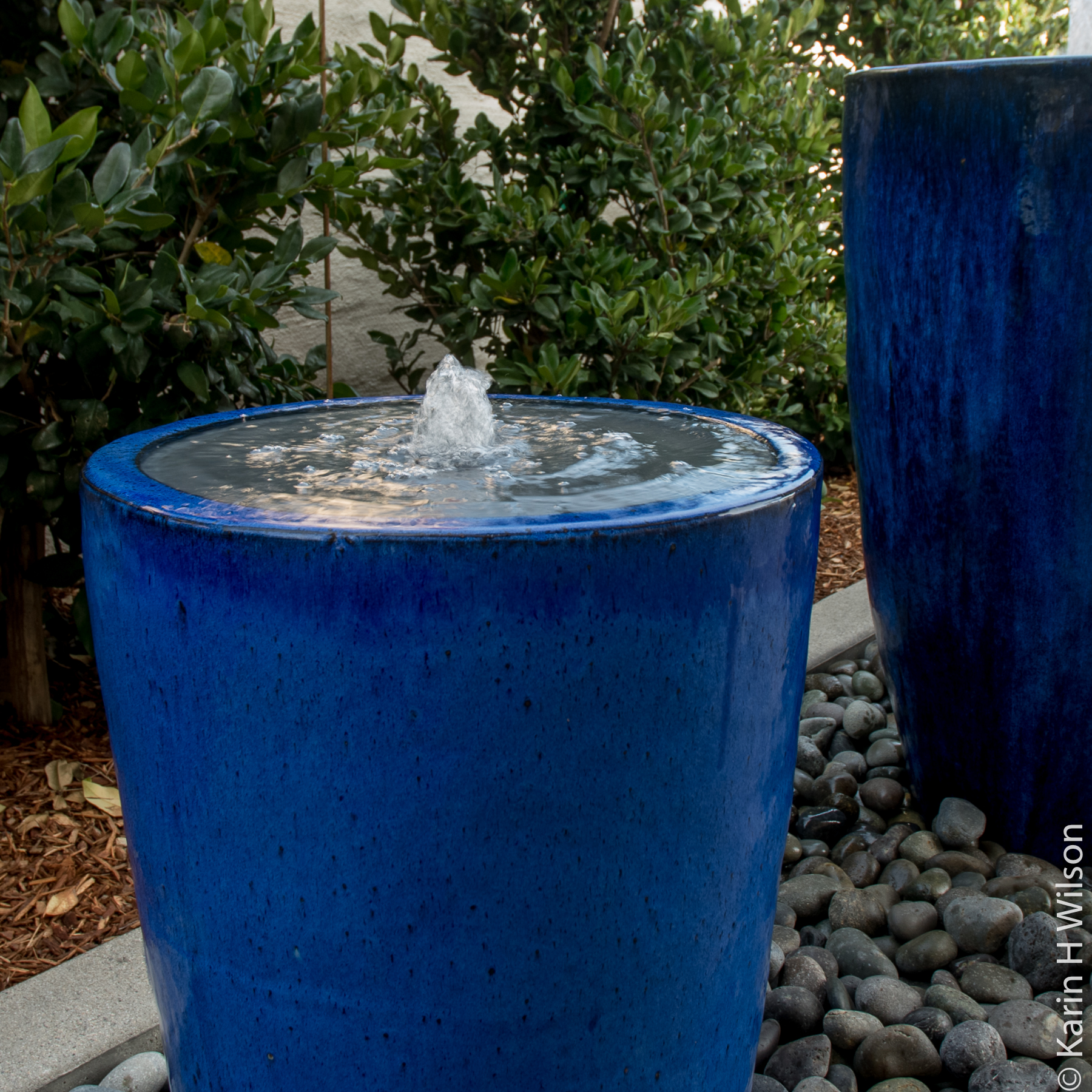 Two fountains were placed near the back door. They provide a lovely trickling sound which can be heard around the garden as well as inside the house when the couple is cooking dinner or eating breakfast. Photos by Karin Wilson 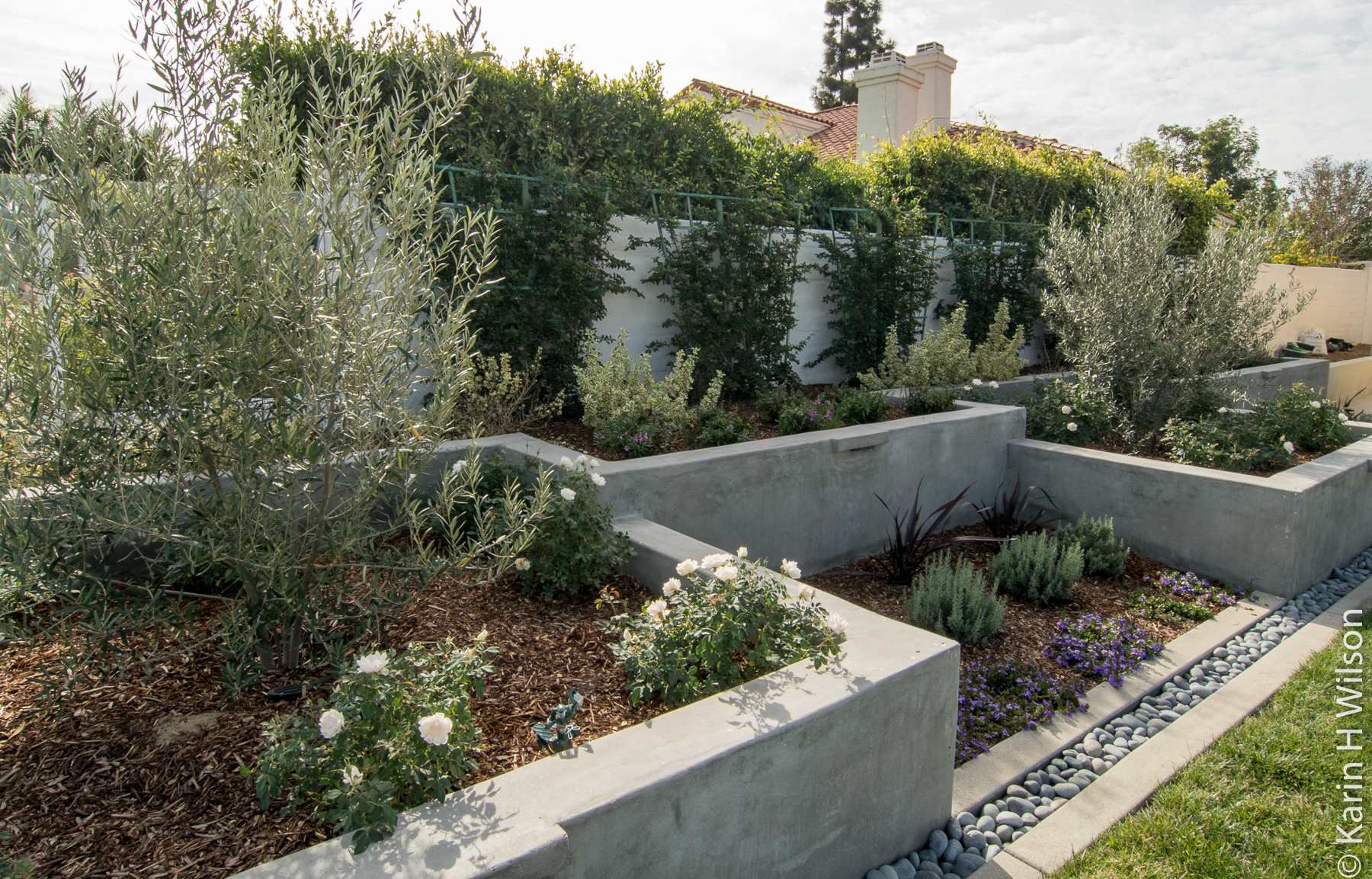 Olive trees are surrounded by Ice Cap roses, which have a better scale than Iceberg Roses for the size of the planter boxes. Photos by Karin Wilson

The planter areas are narrow so I used Espaliered Gewia occidentalis to cover the walls. This is one of my favorite plants. I love the little Lavender Starflowers. Photos by Karin Wilson 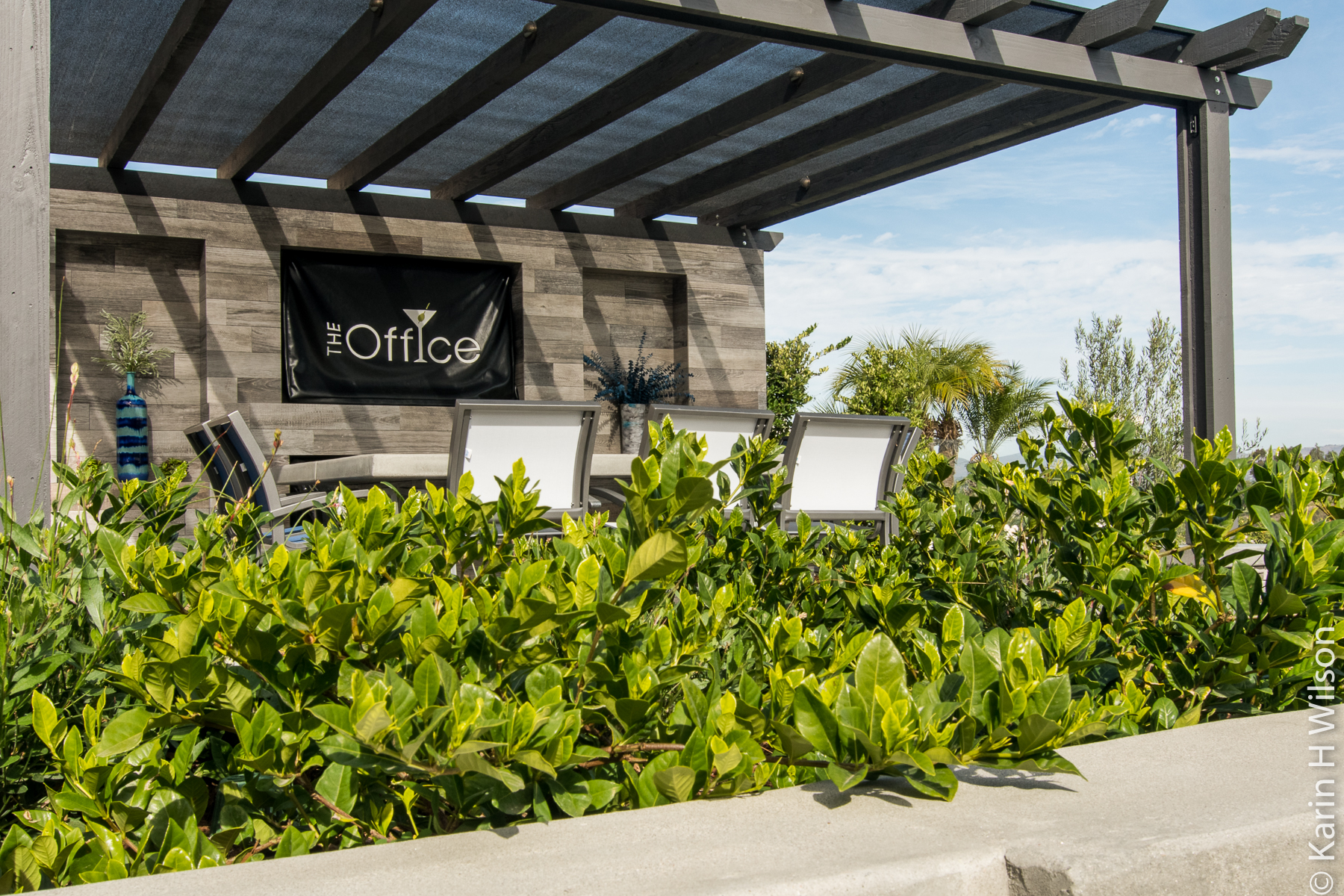 “The Office” TV cover was custom made to protect the television when it is not in use. It is a nice touch. Photos by Karin Wilson 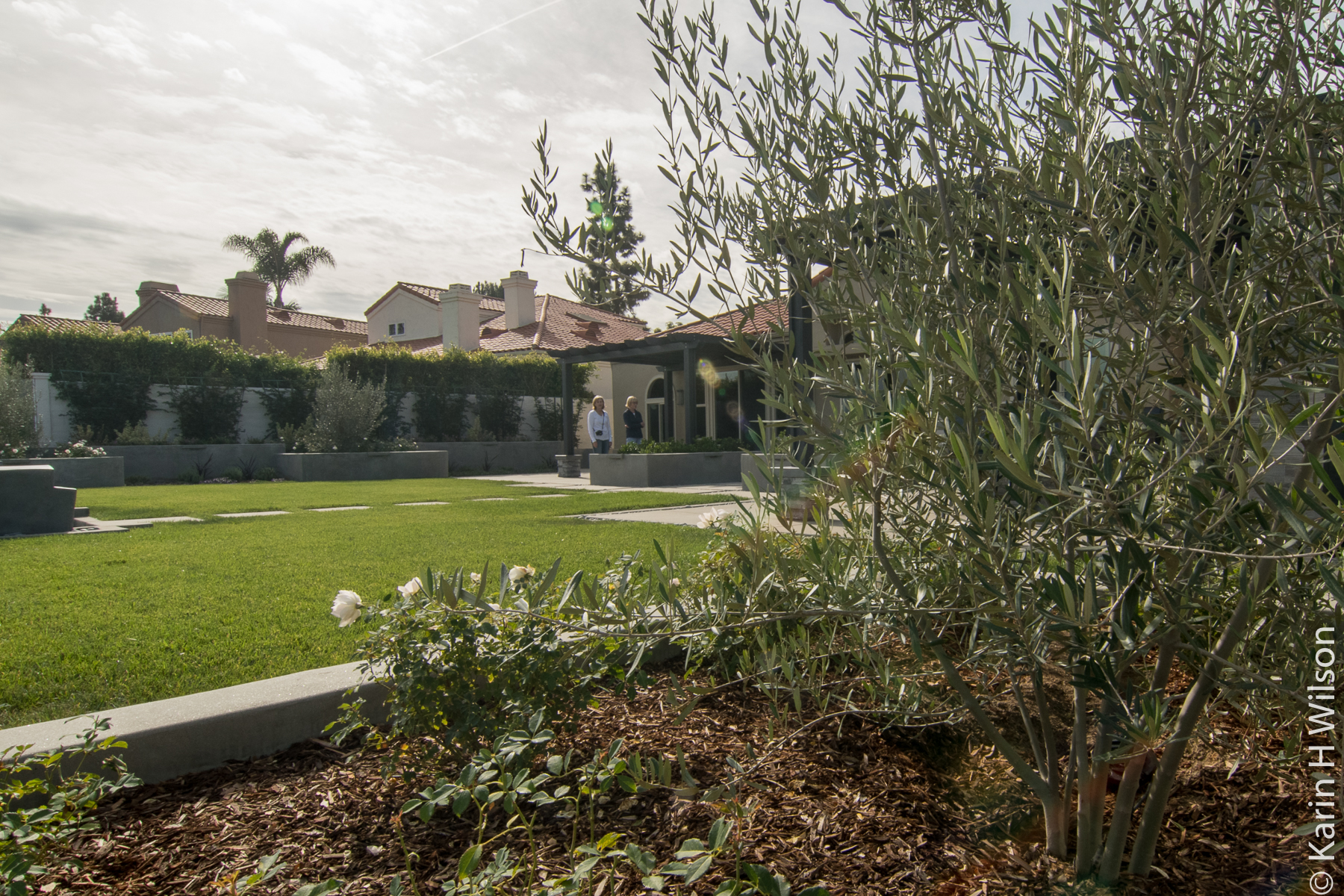 I am discussing the fruit tree Alee with the homeowner which will be planted on the side of her home. Photos by Karin Wilson 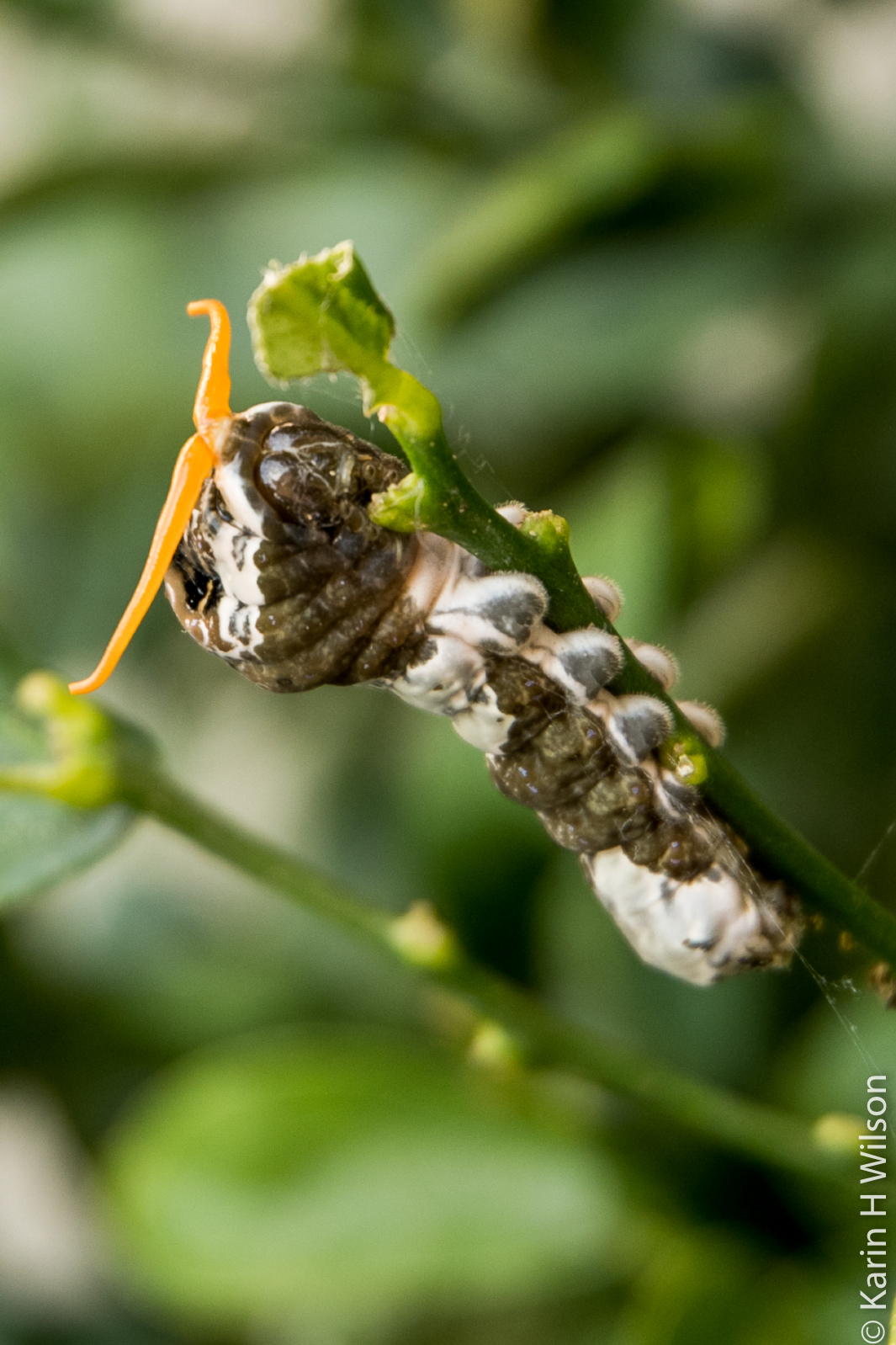 Papilio cresphontes Cramer also called the “Bird Poop larva” I put my hand out to remove what looked like Bird Poop and got quite a surprise. I had never seen one in person before. Photos by Karin Wilson

© Copyright 2021 Jackie and the Beanstalk
Back to Top